The Justice Department’s contempt of Congress charges against Steve Bannon sends a message not only to other witnesses called by the Jan. 6 inquest, but to countless other people who face Congressional subpoenas.

Lawmakers have sent a spate of referrals for prosecution to the Justice Department in recent years, and they’ve fallen on deaf ears.

Reality check: Bannon was uniquely defiant of Congress. According to the indictment, he didn’t even figure out what documents he has that the committee might want — a typical step, even for people who have no intention of turning over those documents.

What we’re watching: It’s not clear what this indictment means for former Trump chief of staff Mark Meadows, who’s also been subpoenaed.

What’s next: Bannon is expected to turn himself in on Monday for arraignment. And if his case goes to trial, it could be quite a scene. 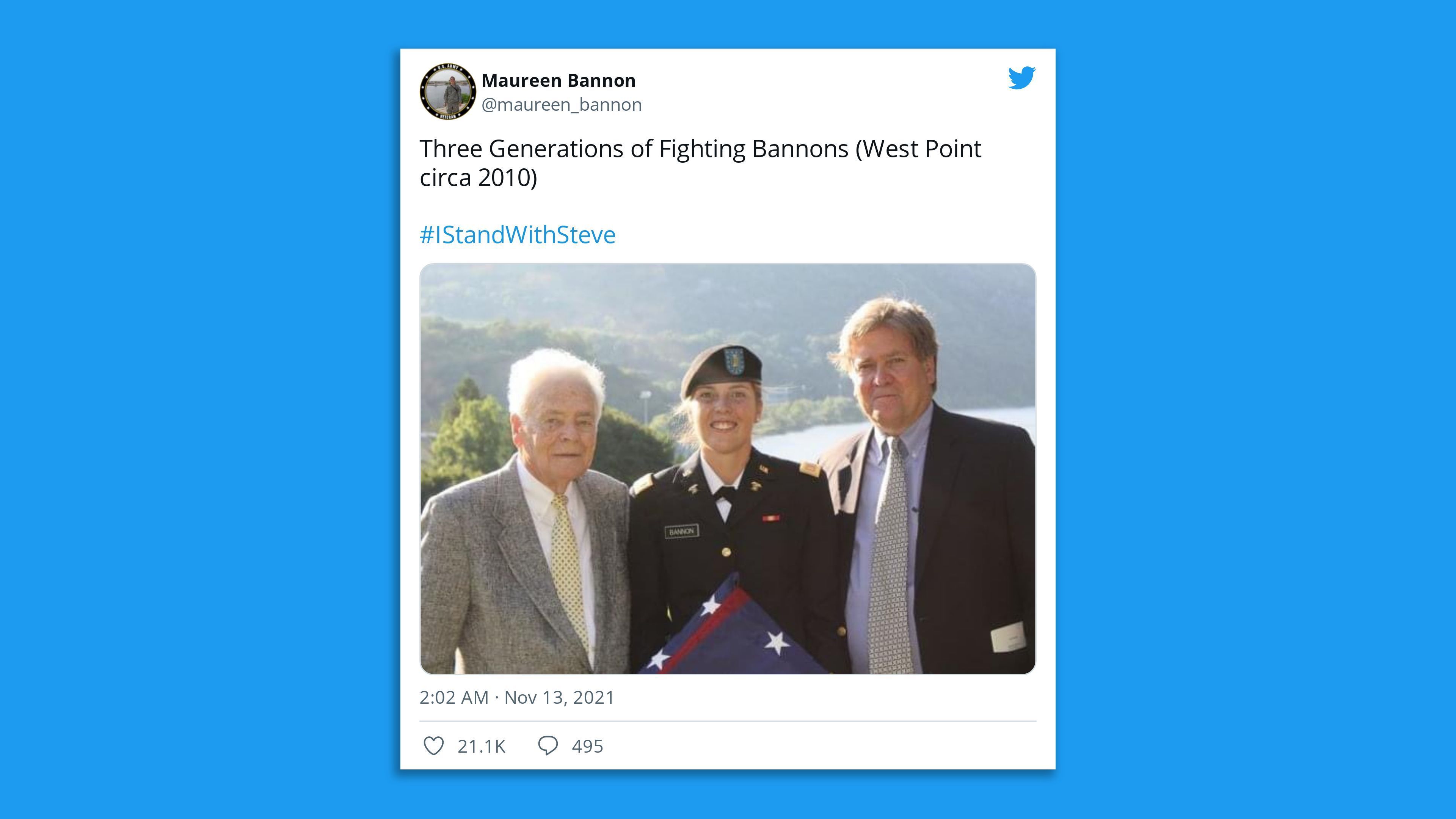