Birds Tell Us to Act on Climate

Pledge to stand with Audubon to call on elected officials to listen to science and work towards climate solutions.

The sun is setting when we arrive in the small village of Lobitos, in southcentral Colombia, and we’re exhausted. It took us seven hours to drive nearly 100 miles on a dirt road to reach this remote spot in the department of Caquetá—an already precarious journey made even harder by a malfunctioning four-wheel drive truck, which has stymied seven mechanics across the country since January. We’re depending on the truck—named Fuertesi in honor of the critically endangered endemic bird Hapalopsitaca fuerte—to take us all over Colombia to record as many birds as possible in 2021. We are, as far as we know, the first people ever to conduct a Big Year in Colombia, and tomorrow we’re hoping to add a stunning species to our growing list: a family of Harpy Eagles, the world’s largest and most powerful eagles.

Crammed into the vehicle are three ornithologists from the Asociación Ornitológica del Caquetá. Eyiber “Yiyo” Oyola, Jorge Muñoz, and Josue Collazos, are joining us for a few days on the road, introducing us to people in this region

Through them, we meet Fabian Suaza, a young bird guide who will put us up for the night. He greets us in his home with cold agua de panela mixed with lime juice, a traditional sugarcane beverage. Our presence attracts 10 curious villagers, and Yiyo introduces us. As we journey through Colombia, which has the most bird biodiversity on Earth, we are also aiming to raise awareness for bird conservation as we go, so we’re excited to speak with them. We tell them all about Harpy Eagles, and how important it was to save the nearby forest where a family of them has found a home. 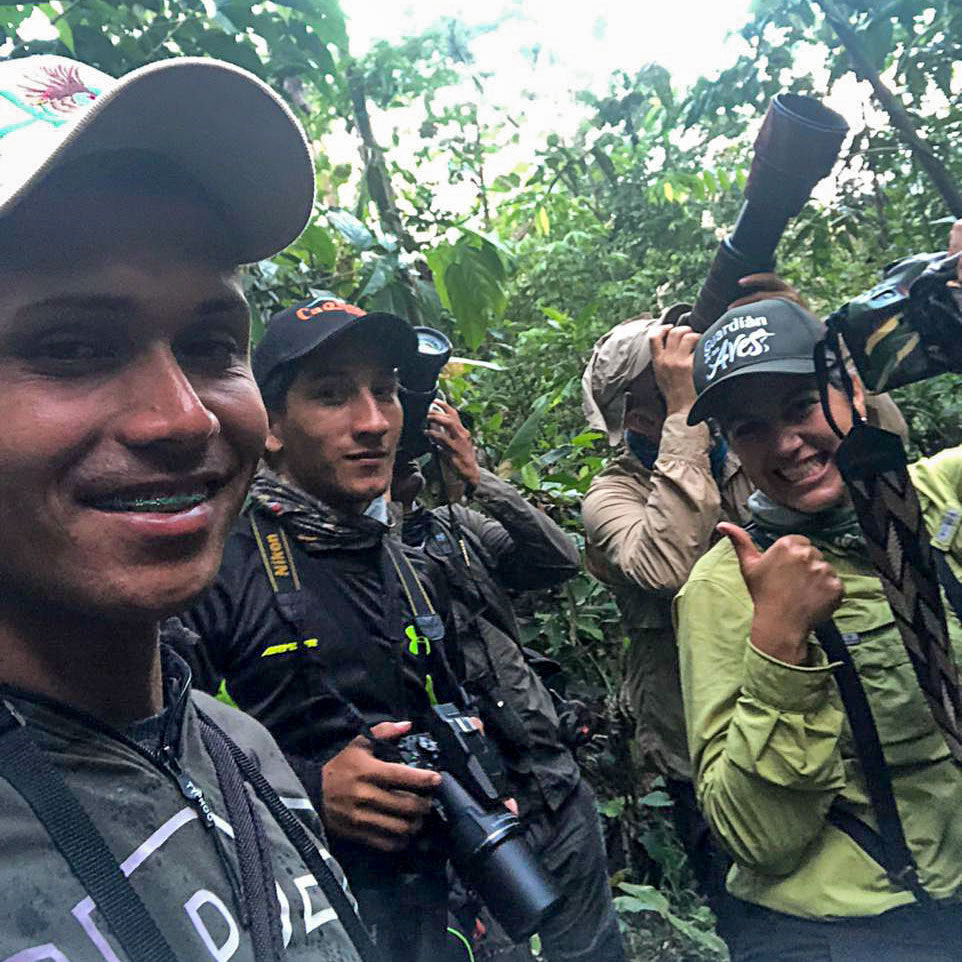 The next day we wake at dawn with a clear goal: to see “Chaira,” the offspring of a pair of Harpy Eagles that built their nest in a small patch of forest 650 feet away from Suaza’s house. The day before, Suaza told us that when a birder spotted the eagles in 2019—and left astonished by the sighting—he realized he had a treasure in his backyard. He and his community decided to give birding tourism a chance. Trained by the Asociación Ornitológica del Caquetá (AOC), Suaza became a bird guide, and the guardian of the Harpy Eagles near his backyard. Some in his community followed his steps, supported by the AOC. Now they are committed to conserving the habitat for the eagles and dozens of other forest birds that live here, like King Vultures, Collared Puffbirds and Blue-crowned Manakins. 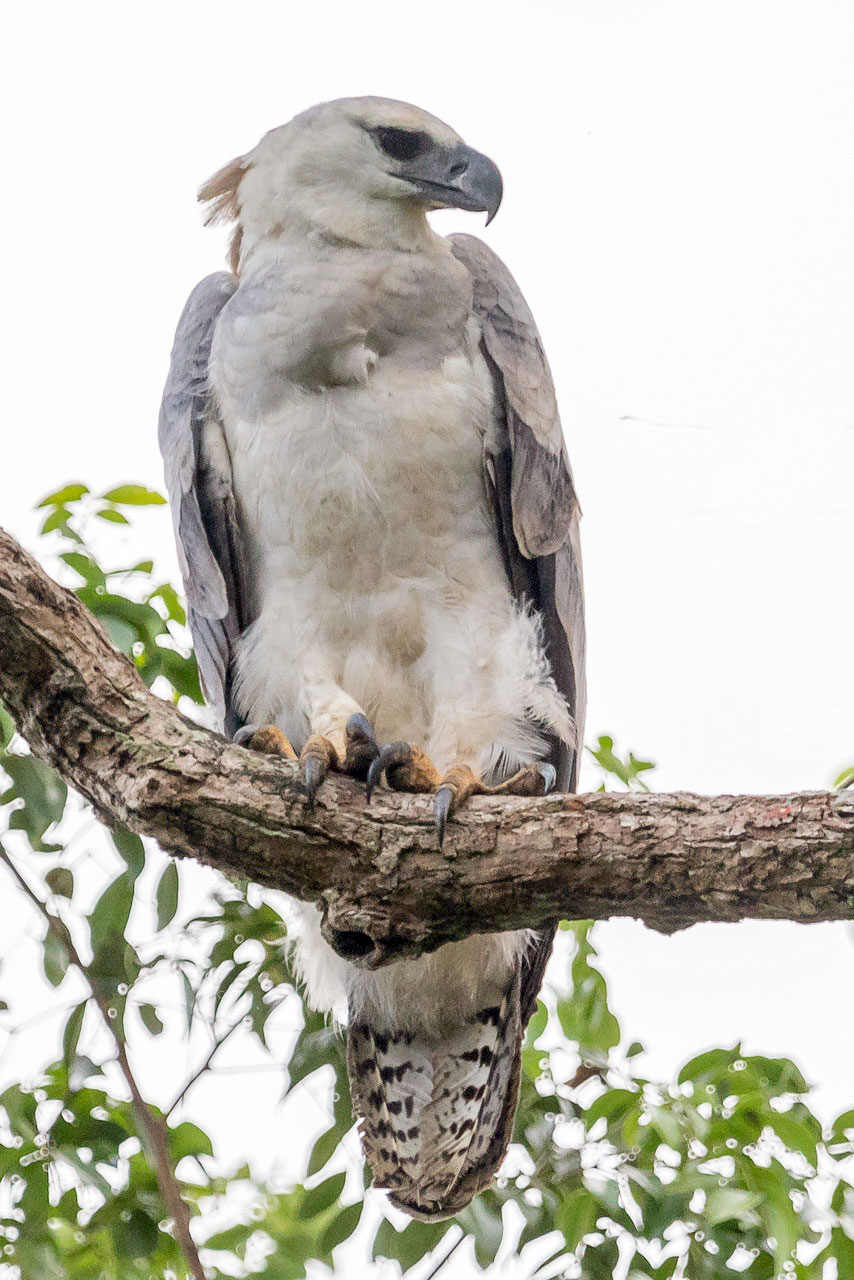 As the sky lightens, we hear Suaza’s excited voice: “Look! There she is perched, that’s Chaira.” There she is, sitting high in a tree, majestic, imposing and beautiful. Niky bursts into tears. Once she recovers from her astonishment, the shots of her camera join ours until we all stop and simply watch for a few long minutes in silence and contemplation. Then Chaira called her parents, breaking the spell.

Since January 1, when we left Arrancaplumas, in the municipality of Honda in central Colombia, we’ve heard hundreds of stories like Fabian’s, people whose lives have been transformed by birds, some of whom have been trained as guides by Audubon experts. We’ve talked to former hunters who now are birding guides. To former forest loggers who are building bird-watching towers. To cattle ranchers who let trees regrow in their pastures so birds would find a home. To coffee growers who have left trees amid their crops to produce bird-friendly coffee. To former coca pickers who today maintain forests and develop ecotourism projects.

Our dream of doing a Big Year started in 2016, when we created Birds Colombia, a content platform where we share photographs of Colombia’s birds, and where we’ve hosted social media campaigns such as #AVueloDePájaro, or #BirdersTogether, through which we raised close to US$50,000 for 150 people in the bird tourism sector in Colombia who were affected by the pandemic. Additionally, we created the Guardianes de las Aves (Guardians of the Birds) contest, in which we invite children to share drawings and videos explaining why they want to become bird guardians. So far 500 Colombian children have joined the contest, and each year, 10 have won the birding kit awarded to the best drawing, which includes binoculars, a field guide, and more. Last year, as the pandemic made us rethink our priorities, we decided to dust off the old dream of going on a tour of Colombia in search of guardians of the birds. 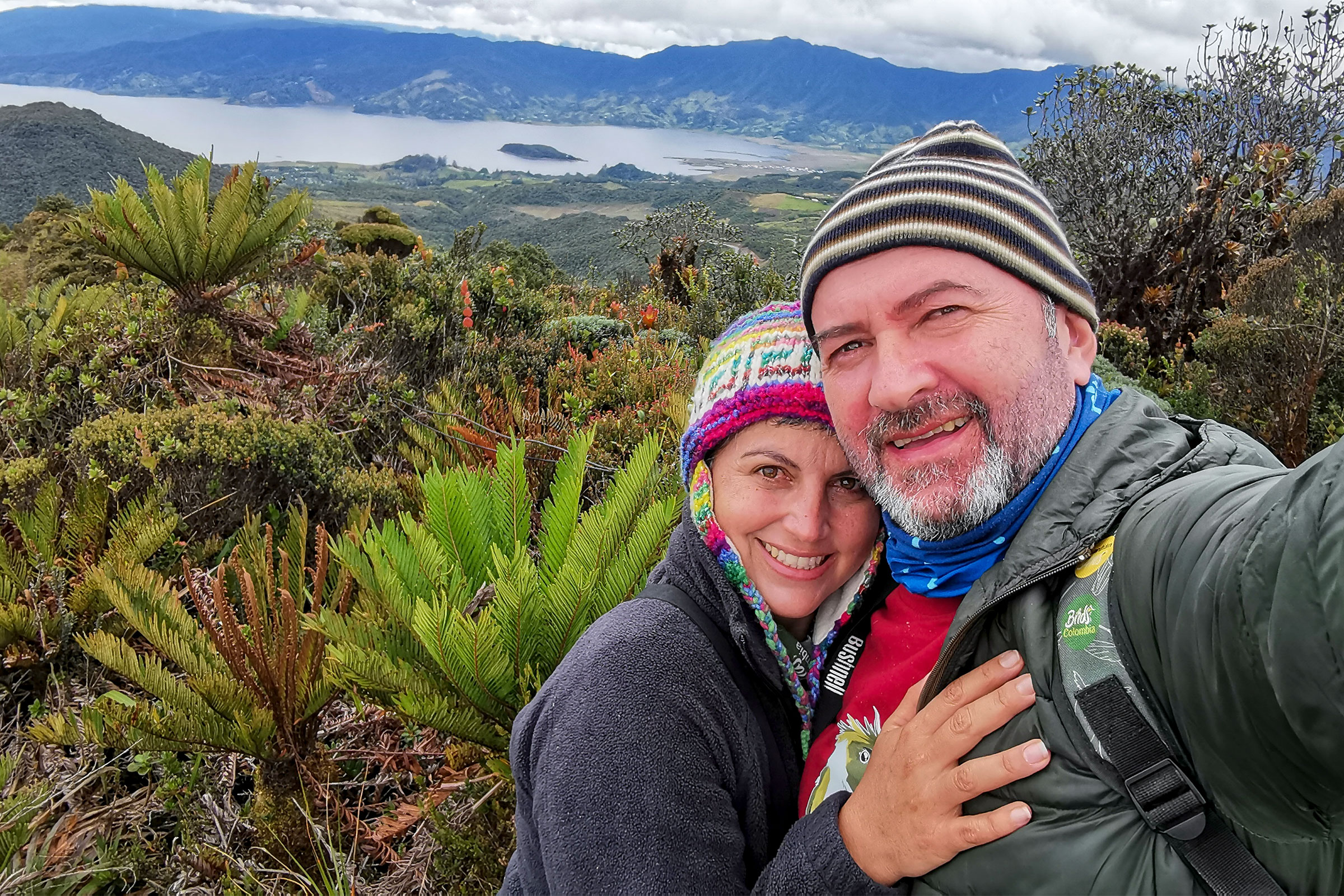 During our Big Year, we want to use our experience as publicists and photographers to raise awareness of the splendor of our country’s birds, the threats they face, and the bird guides and other people on the ground working to conserve them. We expect to spend 10 days in each one of Colombia’s 32 departments. So far we’ve driven 7,500 miles through 14 departments, fueled by about 1,000 cups of coffee—and counting—that have helped us walk more than 600 miles to reach remote places and collected in 376 lists in eBird. Of the 1,958 bird  species found in Colombia, we’ve documented 1,158 to date.

Despite Fuertesi’s mechanical problems, we’re ready to continue traveling across the 18 remaining departments, reaching La Guajira, the northernmost tip of Colombia and South America, on December 31. While this journey began with the intention to find and photograph as many bird species as possible, many of our most significant encounters have been with people like Suaza, those who work in every corner of our country for conservation. And now, halfway to the finish line, we can’t wait to meet even more incredible people and see birds through their eyes.